I hope you enjoyed last week's ramblings, because here's some more. This time I want to share my thoughts on dice. Ah, dice. With a scant few exceptions, dice are at the very core of the games we hobbyists play and many of us develop a strange, sometimes obsessive fascination with them. For many, an agreeable dice mechanic is central to the enjoyment of any game system, and it's no wonder that game designers have come up with an endless variety of ways to add up the score. Why don't we look at some of them?


Roll under: This is one of the most basic dice mechanics of all. You roll one or more dice and succeed if you roll less than a certain score - typically less than the ability value of your model. This method is dead simple but annoys many people because lower scores are better, which can seem counter-intuitive. It is also very difficult to combine with opposed rolls or other variants and has limited space for applying modifiers unless really large scores (and suitably large dice) are used, such as percentile dice. Infinity does manage to pull it off, requiring your roll to be below your ability value, yet higher than your opponent's roll, but I feel this makes it somewhat too difficult to eyeball your odds on the fly.

Target number: In many ways, this is the exact opposite of roll under. You roll your dice, add the relevant ability score and whatever modifiers apply and check whether you beat a certain number. If the target number is always static, this method is mathematically the same as roll under, but more intuitive because high rolls are better. This is perhaps the most common dice mechanic, with the target number often depending on some characteristic of the target. Warmachine is a great example: an attacker rolls 2d6 and adds his attack value, and succeeds if he beats the target's defense value. Warhammer also uses target number rolls for most of its mechanics, although here nothing is added to the die score, which is directly compared to a target number that is usually given in a table and depends on the relative values of the attacker's and defender's abilities.

Dice pool: This method is reserved almost exclusively for roleplaying games as the large numbers of dice rolled per figure make it unfeasible for massed combat. In this system a model's ability value usually tells you how many dice to roll for a given check. In this case, the target number does not represent the value you need to beat with your dice total, but the number of dice that have rolled over a certain value. For example, you might roll four d6 and require at least two of them to score a 5 or better in order to succeed. Dice pools are fairly flexible because you can alter the number of dice being rolled, the type of dice, the number of successes required and the score needed on each die to count as a success.

Opposed rolls: As mentioned in my last post, this method has both players roll dice and apply whatever bonuses they have, and the player with the higher total score wins. In effect, your target number is equal to your opponent's score.

Of course all of the above options have numerous variants and nuances. Another way to differentiate a system is with different types of dice. The standard die types that should be familiar to anyone who has been in the hobby for any real length of time are the d4, d6, d8, d10, d12 and d20. We all probably feel most at home with the humble d6, since it comes with just about every classic board game from Snakes and Ladders to Monopoly. It is the most commonly available (although, to be honest, anyone reading a 15mm gaming blog should be more than resourceful enough to procure large quantities of the other types easily) and the easiest to read, even when rolled in large handfuls. You should not discount the other die types, however. The larger the die type, the wider the range of results it can provide (duh). This can allow for a greater range of possible ability scores on your models, as well as more modifiers. For example, a game system that uses only d6 cannot have a difference greater than 6 between the lowest possible ability score and the highest possible target number without making some models completely incapable of succeeding at some tasks.

It is also possible to use die types to adjust the odds of success instead of changing target numbers. In some games, die types are used in place of ability values themselves, an inept model having an attack stat of d6 and a skilled model having a d10, for example. On the 15mm scene, Tomorrow's War is the best known example of such a system.

Another aspect we can look at is the probability distribution of the die results. This is usually linear if you use single dice (the odds of rolling a 1 and a 6 on a d6 are identical as long as the dice are manufactured properly). If you add up the score of several dice together (such as in Warmachine, where you roll two or three d6 and add them up) you get a bell curve distribution, which means that average scores actually come up more often than low or high rolls. Another way to tweak distribution is to put the same score on several facings on one die; a d6 marked 1-2-2-3-3-4 instead of the usual 1-2-3-4-5-6 obviously rolls a 2 or 3 more often than a 1 or 4. Making custom dice might seem out of scope of the average gamer, but it's honestly fairly simple (I think I have a topic for another article right here!) You can tweak the results further with concepts such as critical hits and "exploding dice" (adding another die to the roll if the first roll scores a certain result) but keep in mind that these things can really complicate the math and make the game much harder to predict and balance.

So what are my personal preferences here? I have tried many systems and enjoyed most of them, but I find that I dislike rolling under, as I prefer high numbers to be better. But on the whole I would say that I do not care much for the exact method of rolling dice as long as the method chosen is consistent.

What do I mean? I'm saying that every die roll I am supposed to make during the course of the game should follow the same logic. If we're going for dice+value vs target number for attack rolls, that's what I want to use for morale tests, as well. Why are morale tests roll under? That's bad game design to me. Warhammer in particular has an obscene amount of different dice mechanics, so why don't we look at some of them? 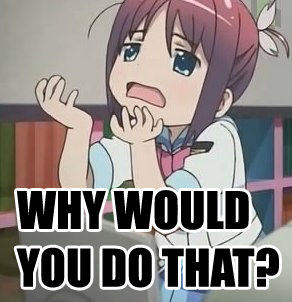 That's 8 just off the top of my head and not counting any faction-specific abilities. We have loads of different varieties of target number rolls, one opposed roll, one roll under, and three different distribution patterns (linear, bell curve and something weird for the difficult terrain roll). At least they all use d6.

I haven't encountered any other games that are quite so extreme but most do have at least a few different mechanics. Morale tests seem to be the most common offender, often having a mechanic of their own even in otherwise fairly consistent systems, such as Warmachine and Gruntz. In Infinity, armour saves work exactly opposite to every other roll for no good reason.

To conclude, regardless of your preferences, I suggest you be wary of games with many different types of dice rolls. It's a good sign that the core dice mechanic of the game is so bad that all the rest had to be tacked on to cover situations where the standard one just doesn't work. That's how I see it, at least. Feel free to share your opinions below, along with any other dice options I might have missed. Ta ta!
Posted by lord_blackfang at 10:00