Today I was sorting my new collection of New Israelis, thinking about how to configure my units, and I found the view just too nice not to share. This is, I think, a little over 100 guys. It may be a bit more than a lot of readers are used to, but since I'm the first person to start a 15mm army in my parts, I need an army that's large enough that I can lend half of it to an opponent. Hopefully I'll rope in some more players soon, ha ha. 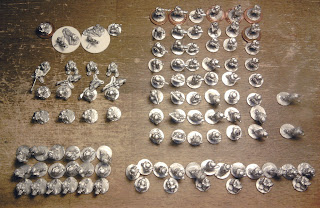 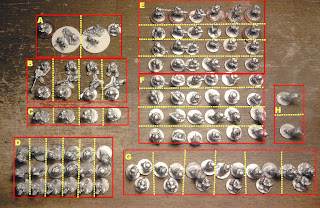